from Apocalypse Diaries by Ray Zimmerman 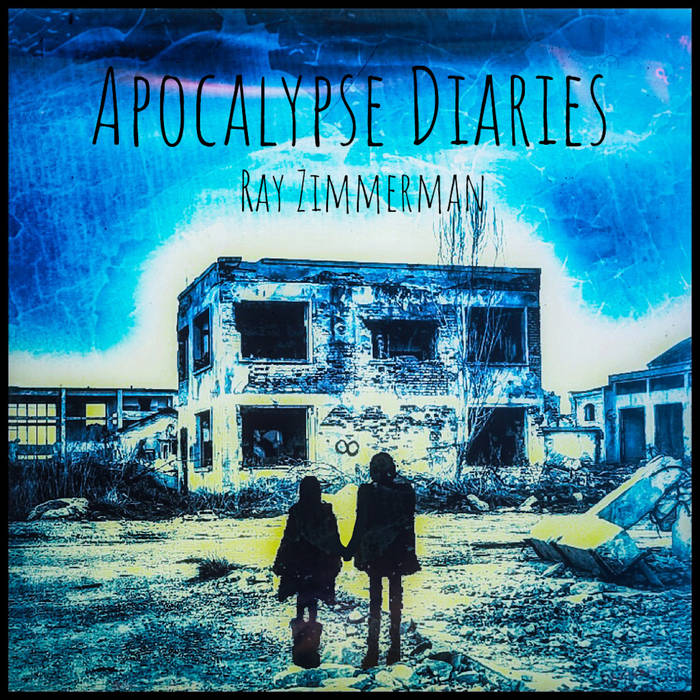 Have you read the news about the footprints from his shoes,
They leave the biggest prints you’ve ever seen,

They say no walls can keep him out, that fleeing soldier do surely shout,
Just run there’s no hope left or so it seems,

For if he wiped his soles,
They should leave some dirt behind,
A mark to tell his captors he’s been set free,

Have you heard of the sight of the bandana round his head,
It's dripping nightmares made out of his sweat,
The characters they craft are based more closely on the facts,
Than even a drunk gambler would bet,

And if you were to wring that cloth,
Dancing naked on the hill,
It would take all that is dry and make it wet,

They say a nomad walks this way,
With a heart of ice and eyes of flame,
He follows none and none follows where he leads,

They say at night if you hear the sound
Of lightning breaking on the ground,
That’s just the nomad as he stops to breathe

Have you seen the scars on the clothes upon his back,
The ones that do depict some tribulations,

Given by ground covered fast,
Running from spells that had been cast,
By sorcerers with questionable reputations,

So if you took it from his shoulders,
And threw it hard into the ground,
It would rise and say you cannot keep me down,

They say a nomad roams this way,
His steely gaze does not betray
Any sign of what he’s looking for our here

And if you feel son in your bones,
Raindrops falling hard like stones,
You’ll know that is the nomad passing near,

I tried forget but at night it came,
A tap tap tapping on my window pane,
I turned and tossed but could not slow nor stop,
The inexplicable need to tell the nomad of my name,

I packed a bag and wrote a will,
Said I’ve taken all I own but still,
Please pass on these words to all who ask,

For once and all now is the time,
Answers I have gone to find,
To meet the nomad may be my final task

They say a nomad haunts these halls,
His whispers like a nightmare calls,
To ask me if I’d care to step inside,

“Step forth only at your risk”,
There is no blade nor amour fit,
To save you now your only hope’s to hide,

But surely did I dare to tread,
With beads of sweat dripping from my head,
Inside the creaking doorway of his lair,

Golden torches ordained the walls,
But after some hours my progress stalled,
As the nomad said to me it’s rude to stare,

Let me ask you nomad is it true,
All the tales they tell about you,
They say that you’re devil that’s been cut loose,

He snarled at me as he quickly turned,
Said “only stay if you’re here to learn”
Sit on my throne and I’ll sing to you the truth

One day in a cold October after quite some time had passed,
I did return home to many whispers and suspicion,
“how have you returned at all when you went and walked the nomads halls”
I said “gather round my friends it’s time to listen”

As the sun went down and turned to night,
I sensed in them an awful fright but I lit a fire and said hear me as I say,
But no words were heard it was quite absurd,
So I stood to leave but then as I turned,
I remembered how the nomad began to play,

Speak quietly of the villagers here,
And be silent if they frown,
I heard they chased one of their own right out of town,

There was some complication,
With a monstrous abhorration,
So if you ever speak of the nomad keep it down,

They say a nomad walks these lands,
With razored nails carved in his hands,
If you see him it’ll be the last thing that you do,

In fact if rumours are to be believed,
On the reliable word of 5 blind thieves,
They said there was one nomad now there’s 2
And you can hear them singing

Hey, thanks for listening, it means a lot.

Feel free to get in touch at rayzimmermanmusic@gmail.com

Bandcamp Daily  your guide to the world of Bandcamp

Guest hosted by Tamar Osbourn aka Collocutor and Toshio Matsuura.